As SuperStorm Sandy bore down on the east coast, the league was able to get their games in on Sunday with no interruption. Things were mostly calm, but we did  have to endure the horror of the Steelers throwback uniforms. These bumblebee jerseys deserve to be thrown back.

The stripes even confused Big Ben, who tried to throw a pass to the wrong striped uniform at one point.

The Patriots didn’t have to worry about the storm since they played in London this week. And leave it to the Gronk to attempt to win English fans by aping their culture with a TD dance:

I love how his teammates are all set to congratulation him and then realize he’s doing a thing and they better just let him go.
In the Hiawatha Leagues, we are now 5 games away from the end of the regular season! Where has the time gone?! And injuries, bye weeks and surprise de-activations are causing plenty of Sunday morning panic in the leagues!

The LoC had a bunch of teams tied atop the standings last week. This week, only 2 teams have a share of the league lead. Oh how the mighty have fallen. Here are your scores:
The Phantom Limbs (Peter) – 91

Speaking of the Limbs, after a devastating loss last week, the defending champs bounced back with a good week and a win over Russ’ team. That moves the Limbs to 6-2 and a share of the league lead with the Bops! The Bops are the hottest team in the LoC right now, riding a 3 game winning streak. This week the squeaked by the Stallyns, who couldn’t replicate their late Monday night win from last week as the Cardinals defense severely let them down. If Doug Martin played the Vikes every week, the Bops would be a very scary team. As it is, the really scary team seems to be The Hit-Men (no longer peaceniks). They crushed Lightning by 55 this week. Yikes. It was a narrow win for the Cieras over Lucha Libre by 2 as both teams left some money on the bench. The Alchemist weathered the storm in the Caribbean and then got himself a win on Sunday, moving him to 5-3 and handing Bye Week their 6th loss. And, wonder of wonders! The Marshmallow Mateys are winners! Fumblecopter’s injury ravaged squad couldn’t handle the suddenly competent Mateys roster and Cory avoids a year of infamy!
Current LoC Standings:

In the PL, the target on Tyler’s back has been growing a little bit each week. And Bernt’s team keeps finding new ways to lose. Will either team break the mold this week? Here are the scores:
Pulp Extrapolation (Chris A.) – 110
Blackhearts (Jon) – 85
Gyro Gearloose (Bernt) – 62
diddy (Jim) – 95
The Dominators (Spencer) – 93
WHAT!? (Eric) – 85
The Matchless Muffins (Mike) – 45
Nerd Herd (Bob) – 55
Purple Pride (Carl) – 87
phillywindsurfin (Phil) – 102
you want more juice? (Aaron) – 70
KRUG Kommandant (Denny) – 99
El Tigre Chino (Darren) – 51
Nana Nancy (Tyler) – 77
Let’s start here: Bernt takes it’s 8th loss in a row this week thanks to diddy. Bernt got bit by Jordy Nelson’s last inactivation and didn’t get Titue Young in there to replace him. Still, it wouldn’t have mattered. There’s hope though! Bernt’s next 3 opponents are all under .500 at this point. Nana Nancy also extended her streak, rolling to 8 straight wins thanks to El Tigre Chino. There’s hope though! Tyler’s next 2 games are against philly and KRUG, the 2nd and 3rd highest scoring teams in the PL. Go get him, guys. This week, KRUG dismantled Aaron’s squad by 29 and philly rolled over Carl’s team by 15. If one of those two teams can’t beat Tyler in the next couple weeks, it might take a group effort.

Pulp Extrapolation put up the highest score of the week with 110 thanks in large part to Doug Martin’s game. Chris stated on Thursday night that he would have gladly given back some of Martin’s points if it meant that the Vikes didn’t get so beat up. His opponent, the Blackhearts, figured that meant the Commish would write off 20 points from Chris’ team. Sadly, it wouldn’t have mattered. The Dominators seem to be back in the saddle again with a strong win this week over Eric’s team. And then you had the Muffins and the Nerd Herd. This game must have been played in Cleveland or some other venue with bad weather resulting in a low-scoring defensive slug fest. The Nerd Herd notched an ugly win, but a win is a win. Tough luck, Mike. The Bye Week Blues will do that to you.
Current PL Standings:

The Marshmallow Mateys!!! Cory has been having a rough season so far. Coming into this year, his career regular season fantasy football record was 30-9, yet he started the season with 7 straight losses. This week, he fiddled with his roster a little, plugging in Titus Young (who has an increased role in the Lions offense thanks to Russ breaking Burleson’s leg last week) who came up big. It feels good to finally set the perfect roster.

Another Thursday game this week and more byes too.
And we keep talking about teams making their playoff pushes, but there’s something else we have to talk about: The Toilet Bowl. Yes, each league will send 6 teams who don’t make the playoffs into The Toilet Bowl – a dirty, swirling bracket of 2nd tier teams duking it out for chance to win a ticket to the winners league next year. It’s a place where anything can happen and usually does. Don’t let your team slide into the Toilet Bowl. 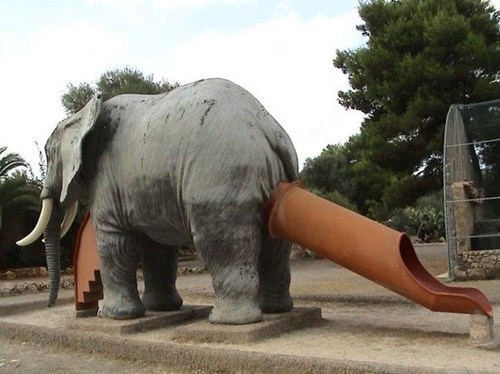 Until Next Week,
Commish Peter